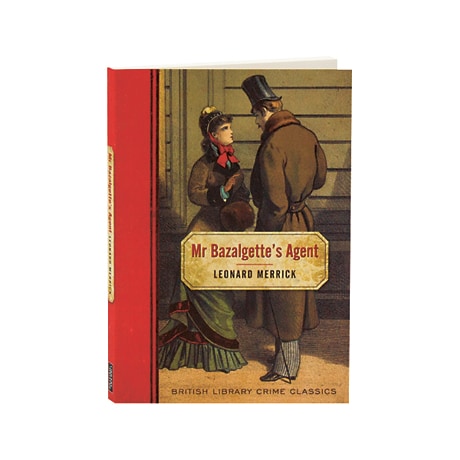 When Miriam Lea falls on hard times, an advertisement calling for private agents catches her eye. Within weeks she is working for a Mr. Bazalgette as a private detective, traveling on a train to Hamburg in pursuit of an audacious fraudster. Originally published in 1888, Leonard Merrick's first novel presents a determined and resourceful heroine—only the third-ever female investigator in British fiction—who grapples with some very modern dilemmas of female virtue and vice as she journeys through some of the great cities of Europe and eventually to South Africa. This new edition offers the modern crime fiction fan an opportunity to rediscover an enticing and rare detective story.

"An important text in the evolution of detective fiction.... This is an absorbing early detective story, with a plucky and interesting female central character. It is intermittently and surely consciously funny, too."—Times Literary Supplement