War is Beautiful: An American Ambulance Driver in the Spanish Civil War 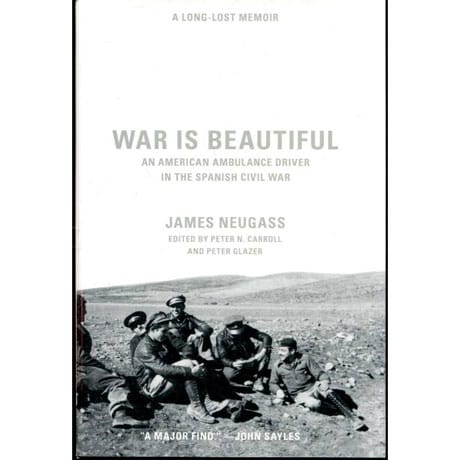 War is Beautiful: An American Ambulance Driver in the Spanish Civil War

In 1937, 32-year-old poet and novelist James Neugass joined 2800 other idealistic young Americans who travelled to Spain to fight Franco's fascist forces as part of the Abraham Lincoln Brigade; serving as an ambulance driver, he was wounded, and he died unexpectedly of a heart attack after returning to New York. Six decades later, the manuscript of Neugass's memoir of this war experience surfaced in a Vermont bookstore, and it appears here with seven photographs taken by the author and a preface that provides additional information on Neugass and the Spanish Civil War. Written with wit and passionate indignation at the senselessness of the war, here are jarring accounts of battle, vivid evocations of Spain's people and towns, and wry descriptions of the tedium of guard duty.