Malloch's Spitfire: The Story and Restoration of PK350 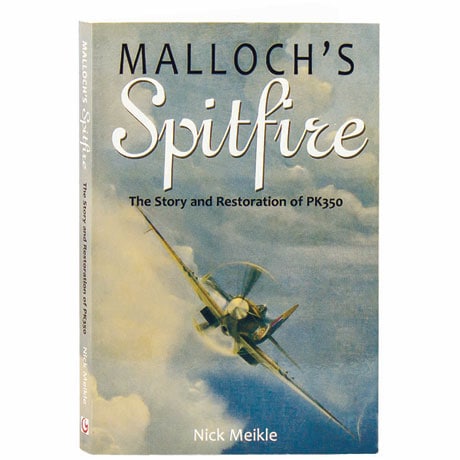 Malloch's Spitfire: The Story and Restoration of PK350

Designated PK350 when she left the factory at the end of World War II, this Spitfire F Mk22 was the only late-model example of Britain's famous fighter to have been restored to flying condition. She was renamed SR64 in service with the Rhodesian Air Force, and in the late 1970s, more than 30 years after her heyday, her complete restoration was entrusted to legendary airman John McVicar "Jack" Malloch. Heavily illustrated with color and black and white photos, this book tells the story of pilot and airplane, as Malloch spent more than two years bringing PK350 back to life. The fully restored aircraft first flew in March 1980, as good as the day she was new, and thrilled airshow crowds and aerial film crews over the next two years. But on March 26, 1982, on what was planned to be PK350's last flight, Malloch took off and never returned to base.