Pennsylvania Hall: A "Legal Lynching" in the Shadow of the Liberty Bell 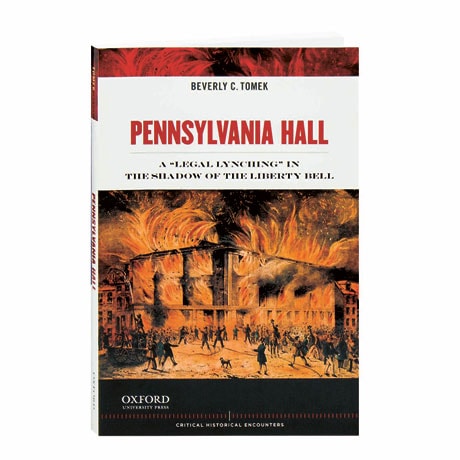 Pennsylvania Hall: A "Legal Lynching" in the Shadow of the Liberty Bell

Philadelphia was the birthplace of American freedom, and in May 1838 it became a battleground over the long-simmering issue of slavery. As Beverly Tomek relates here, the newly built Pennsylvania Hall was designed to be a public meeting place for discussing the issues of the day; after speeches by abolitionists William Lloyd Garrison and Maria Weston Chapman, however, pro-slavery mobs set the building ablaze, burning it down just three days after its grand opening. Far from becoming a turning point in public opinion, Tomek explains, the event and the ensuing riots were blamed on the abolitionists, who had not yet become a cohesive national movement.