England, Arise: The People, The King and The Great Revolt of 1381 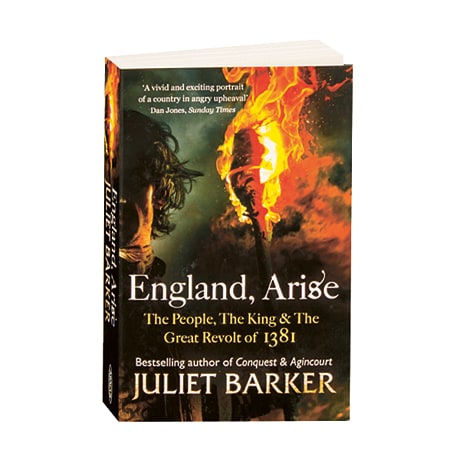 England, Arise: The People, The King and The Great Revolt of 1381

In the summer of 1381, England erupted in a violent popular uprising as unexpected as it was unprecedented. Even at this critical moment, contemporaries dismissed vast swaths of people as "the commons." Yet the records of the revolt reveal individual stories that are telling. Here the author of The Brontës, Conquest, and Agincourt illuminates a volatile medieval England on the verge of extraordinary social change. Skeptical of contemporary chroniclers' accounts, Juliet Barker draws on the judicial sources of the indictments and court proceedings that followed the rebellion to offer a new perspective on the so-called Peasants' Revolt. She introduces us to the loyal rebels who believed they were acting in the king's best interests, and suggests that the boy-king Richard II sympathized with their grievances.

"Juliet Barker's thorough, clear-eyed and intelligent new volume adds much to the field: packed with vivid pen portraits of the rebels and the men they hunted.... A vivid and exciting portrait of a country in angry upheaval. It is as timely subject matter as ever."—Sunday Times (London)