Famous Heroes of the American West 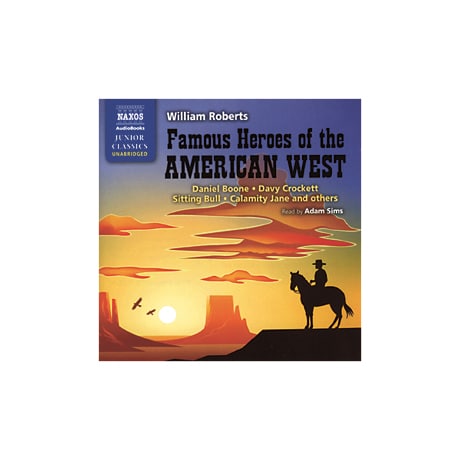 Famous Heroes of the American West

America's Wild West remains as exciting as ever, and on this two-disc set Adam Sims narrates tales of the West's heroes and anti-heroes. Listeners 8 to 12 can hear about such larger-than-life figures as Daniel Boone, Wild Bill Hickock, Calamity Jane, and Buffalo Bill Cody, as well as Native American leaders like Geronimo, Sitting Bull, and Chief Joseph, along with accounts of famous incidents like the gunfight at the O.K. Corral.

"Sims gives a seemingly effortless performance.... His voice captures one's attention and never lets go as he takes listeners on this nearly two-century journey of the westward expansion from the French and Indian War to the death of Earp in 1929."—AudioFile