Abbotsford to Zion: The Story of Scottish Place Names Around the World 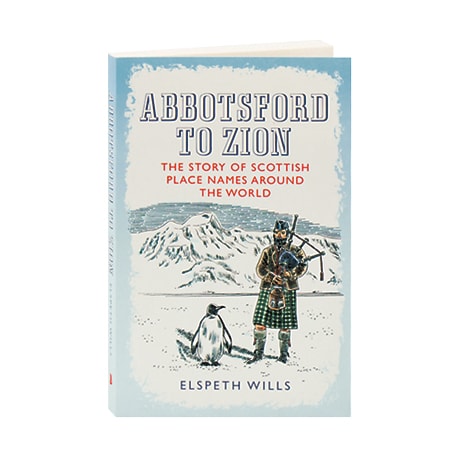 Abbotsford to Zion: The Story of Scottish Place Names Around the World

Over the centuries, Scots have travelled to every conceivable corner of the globe, some as emigrants looking to start a new life, others as entrepreneurs, explorers, missionaries, and soldiers; suffice it to say, every place they land becomes a wee bit more Scottish. Taking the reader from the wastes of Antarctica to the South African Highlands, and from Canada's prairies to Australia's vineyards, Elspeth Wills seeks out places named by, or after, Scots. Along the way, she tells the colorful and often quirky tales behind such names as Aberdeen, Elgin, Albany, Tweed, and Beardmore Glacier. Here too are locales named in honor of—not too surprisingly—Robert Burns and Walter Scott, and even a list of place names that only sound Scottish.