Robert the Bruce: King of Scots 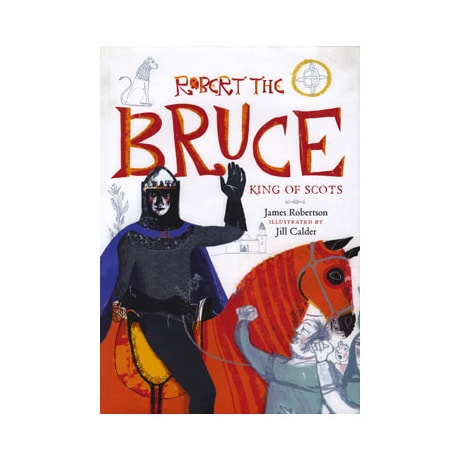 Robert the Bruce: King of Scots

One of Scotland's most beloved historical figures, Robert the Bruce (1274–1329) secured his nation's independence from England in a series of spectacular battles, becoming in turn a resolute political leader of his people. In this biography for readers 8 to 12, the Booker Prize–nominated author of The Testament of Gideon Mack brings this valiant warrior and his turbulent world to life, recounting Bruce's fateful killing of rival John Comyn, and his sensational 1314 victory over a much larger English army at Bannockburn. Creative and highly dramatic, Jill Calder's mixed-media illustrations fill the pages, adding further excitement to this tale.

"Calder's images are stunning, capturing the murkiness of 14th-century Scotland with a boldness, vigor and moodiness that manage to be both intensely modern and evocatively medieval."—Saturday Herald (UK)