Isn't All This Bloody?: Scottish Writing from the First World War 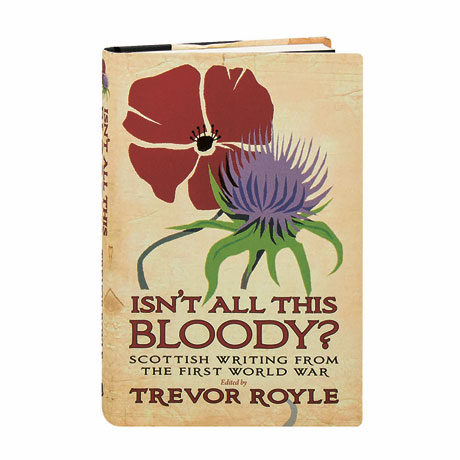 Isn't All This Bloody?: Scottish Writing from the First World War

As in the rest of Britain, the outbreak of hostilities in 1914 was met in Scotland with excitement and relief, feelings expressed in the journalism and literature of the time. In a matter of weeks, a more complex picture emerged, and the initial patriotism and confidence were undermined by the futility and horror of the Great War. Here the author of A Time of Tyrants introduces poetry, prose, fiction, letters, and articles by Scottish writers, among them John Buchan, Rebecca West, Saki (H.H. Munro), Hugh MacDiarmid, Eric Linklater, and Field Marshal Lord Douglas Haig, who comments in his diaries on the Battle of the Somme, the conflict which earned him the nickname "Butcher" and permanently tarnished his reputation. The anthology shows how war affected not only those who fought at the front, but also those at home, and how it led to the forging of the Scottish literary renaissance and the rise of nationalism.