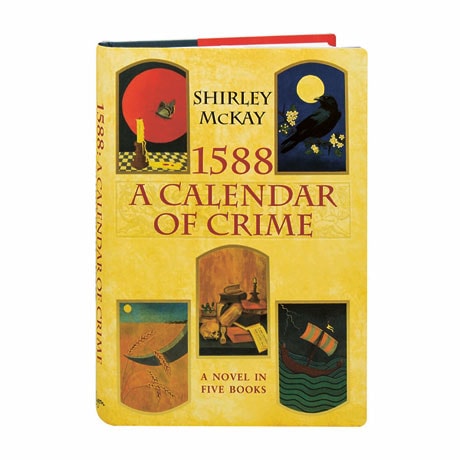 In the Scotland of 1588, Mary Stuart has been executed, and England is threatened by the Spanish Armada, but other dangers are also lurking in the shadows. Drawing their themes from such feast days as Candlemas, Whitsun, and Yule, the five interlocking tales by Shirley McKay feature lawyer Hew Cullan, who will be confronted with cases involving the murder of a candlemaker, a body that disappears, and even a Spanish ghost.

"Shirley McKay's command of plot, place and character makes these 16th century St Andrews–set mysteries a delight.... Like all the best historical novelists she paints a vivid picture of times past."—Alan Massie, The Scotsman