The History of the World: The Story of Mankind from Prehistory to the Modern Day 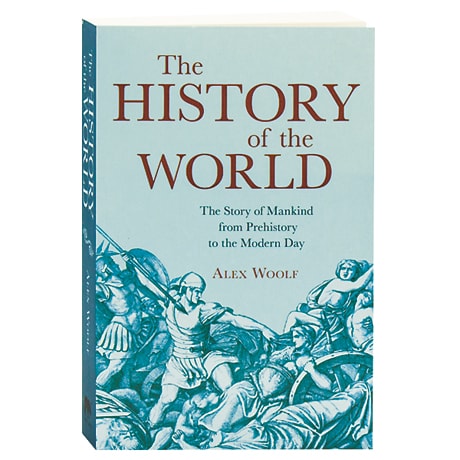 The History of the World: The Story of Mankind from Prehistory to the Modern Day

Taking us from the age of our hominid ancestors to the first decades of the 21st century, this book chronicles the full pageant of human history—episodes of conflict and intrigue, power won and lost, and great empires built and destroyed. Shifting its focus around the world as events progress, the book is organized into epochal sections: the Ancient World, 10,000–500 BC; the Classical World, 500 BC–500 AD; the Medieval World, 500–1500; the Early Modern World, 1500–1783, the long 19th Century, and the Modern World, since 1914. The last section—updated since its original publication in 2007—focuses on major themes of the 21st century so far, including population growth, technology, climate change, and religious extremism.