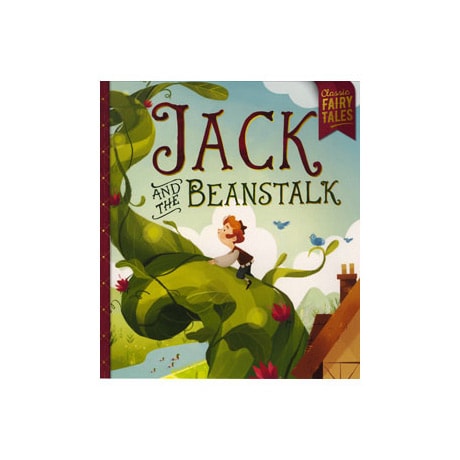 Who would be foolish enough to trade a cow for a few beans? Jack certainly would, and his mother is not too happy about it. But of course, these beans are magic, and after a giant beanstalk sprouts overnight Jack climbs it up to the clouds. There he finds a castle with a giant lady at home, who has a giant husband, who is fond of little boys—for breakfast. Mexican illustrator Rafael Mayani puts plenty of character and attitude in his digital watercolor cartoons, and has fun with details like the giant's many meals (a whole cow on his plate, for example, followed by chicken-sized "chicken nuggets"). Published in Australia, this contemporary edition of the classic fairy tale, for readers and listeners up to 7, features a lighthearted, less-violent telling, full of hilarious asides. And though Jack and his mother are both rich and giant-free by the end, it's clear that Jack has not learned his lesson.