German Army on the Eastern Front - The Advance 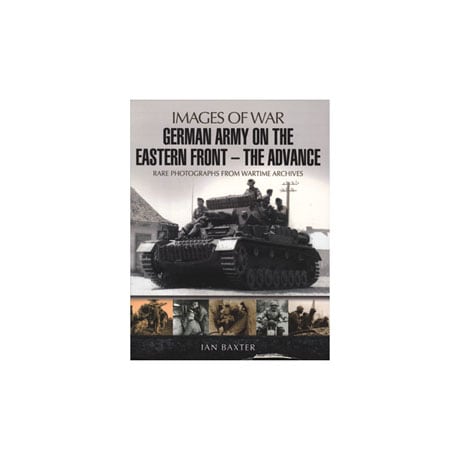 German Army on the Eastern Front - The Advance

Codenamed Operation Barbarossa, the sudden 1941 Axis invasion of Russia nearly achieved a swift victory for Adolf Hitler; as the author of Nazi Concentration Camp Commandants 1933-45 chronicles here, the führer's forces looked poised to overwhelm Stalingrad and Moscow. Here are images from this heady phase of the war, depicting overconfident German troops working contentedly or at their leisure; here too are photographs from 1943, when fierce Russian opposition finally began to take its toll on the Nazi war machine. This book is part of a series that delves deeper into various aspects of the world wars, using more than 100 captioned black and white photographs—some of which have not appeared in print before—to provide an inside look at soldiers on the battlefield and behind the scenes.