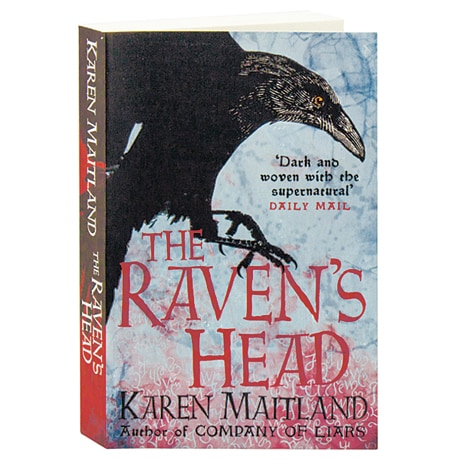 France, 1224. Vincent stumbles upon a secret powerful enough to destroy his master, but a naive attempt at blackmail leaves him on the run and in possession of a silver raven's head, an alchemical symbol of death, in this medieval thriller from the author of The White Room, Company of Liars, and the Shirley Jackson Award finalist The Owl Killers. Vincent escapes to England, but every attempt to sell the raven's head fails; instead he makes his way from town to town, selling lies and stories to keep himself fed. When he hears of a baron, Lord Sylvain, who should be a likely buyer for the head, Vincent demands an audience with him—but it doesn't pay to deal with an alchemist. It seems the raven's head was intended to be brought here all along, and Vincent himself has an unexpectedly important—if unpleasantly brief—destiny.