Russian Eyewitness Accounts of the Campaign of 1807 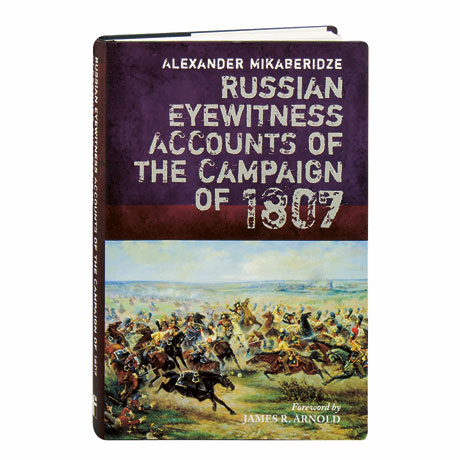 Russian Eyewitness Accounts of the Campaign of 1807

In the 1807 Battle of Eylau in Poland, Napoleon's army battled the Russians to a draw in the midst of a devastating blizzard, then the following year triumphed over them at Friedland. Napoleon and Emperor Alexander met on a raft at Tiltsit in Prussia, and their treaty re-drew the map of Europe yet again, even as it made future conflict between the two nations inevitable. A specialist on the Napoleonic Wars, the author of The Burning of Moscow here collects dozens of Russian letters, memoirs, and diaries, examining this turbulent time through the eyes of artillery troops and foot soldiers, as well as those of General Levin Bennigsen, Hussar poet Denis Davydov, and Nadezhda Durova, the famed "Cavalry Maiden" who dressed as a man to fight for her country.