Waterloo Letters: A Collection of Accounts from Survivors of the Campaign of 1815 (The Napoleonic Library) 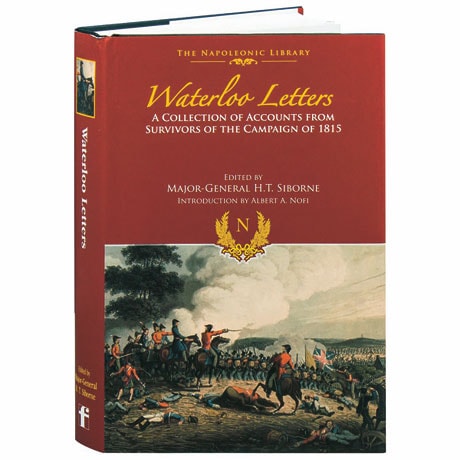 Waterloo Letters: A Collection of Accounts from Survivors of the Campaign of 1815 (The Napoleonic Library)

In the 1830s, Captain William Siborne was trying to verify the chronological events of Waterloo in order to ensure the accuracy of his model diorama of the battle; to his gratification, the Englishman received hundreds of replies from veterans, covering all aspects of the campaign. Ultimately the captain's son H.T. Siborne collected 180 of this letters and hand-drawn maps in this anthology, which finally saw publication in 1891. Too often viewed as an unimaginable conflict in a far-off time, Waterloo comes into sharp focus here, recounted by the valiant soldiers who finally halted Napoleon and his Grande Armée. In the introduction, Albert Nofi recounts the story of the Sibornes and their remarkable book.