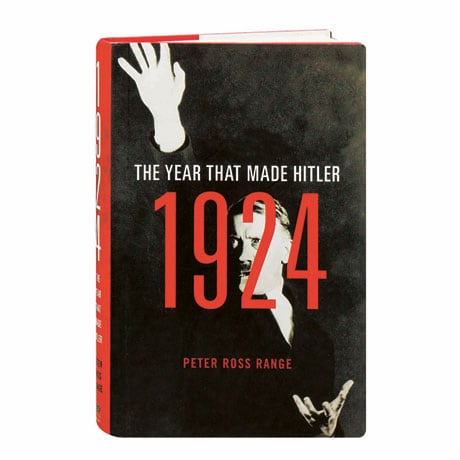 Despite a wealth of historical data, the question of how Adolf Hitler came to embody Germans' rage and disillusionment has rarely been answered satisfactorily. Here Peter Ross Range suggests that Hitler's quest for power can be crystallized in one defining year: 1924, which began inauspiciously as the future dictator was put on trial for treason. Imprisoned, Hitler nonetheless retained access to his co-conspirators of the failed Beer Hall Putsch, even as he worked feverishly on the book that became his manifesto, Mein Kampf; on Christmas Eve, he was a free man.

"Range's deep knowledge of the figures and events enables him to narrate clearly without being sucked into excessive explication. A lucid description of a year that made all the horror possible, even inevitable."—Kirkus Reviews