The Battle for Hell's Island: How a Small Band of Carrier Dive-Bombers Helped Save Guadalcanal 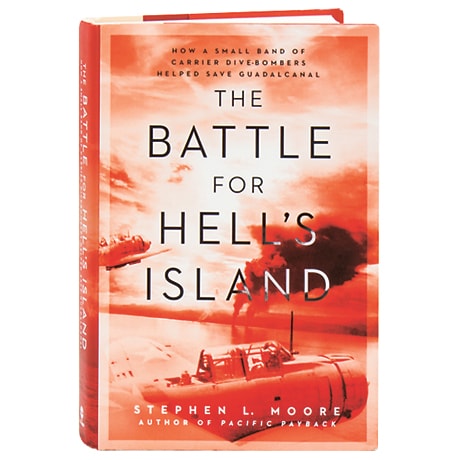 The Battle for Hell's Island: How a Small Band of Carrier Dive-Bombers Helped Save Guadalcanal

November, 1942. Japanese and American forces have been fighting for control of Guadalcanal, a small but pivotal island in Japan's expansion through the South Pacific. As the author of Pacific Payback reveals here—amid a seeming stalemate—a small group of U.S. Navy dive-bombers are called upon to tip the balance in the Allies' favor. With some Marine and Army Air Force planes, they help form the Cactus Air Force, a motley assemblage of fliers tasked with holding the line while making dangerous flights from their jungle airfield, which despite its apparent insignificance is essential to command of the region, and the outcome of the Pacific War. The book includes 16 pages of photographs, as well as a list of decorations awarded to these valiant airmen.