Captain Jack and the Pirates 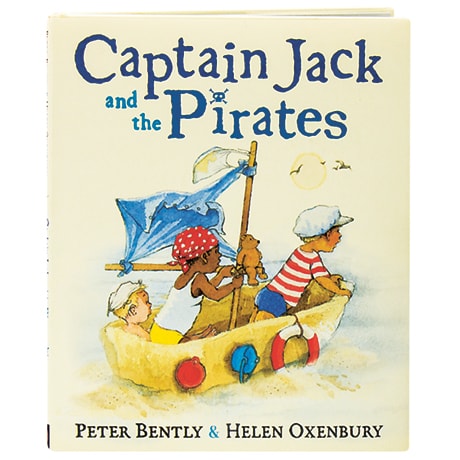 Captain Jack and the Pirates

(Nominated for the Kate Greenaway Medal) Ready for an adventure, young Jack, Zack, and Caspar are building a ship; because it is made out of sand, however, they will need plenty of imagination as they embark. Running afoul of pirates and wrecked by a gale, the three boys come ashore and begin to explore. When the boys think that the pirates have found them, they are instead greeted by very familiar figures—bringing ice cream. This book for readers and listeners up to 6 features Peter Bently's rhythmic verses, while the two-time Kate Greenaway Medal–winning author of The Quangle Wangle's Hat and Farmer Duck contributes beautiful pencil and watercolor illustrations that strike just the right balance between fantasy and reality.

"Bently's rhyming narrative could be sung as a sea chantey.... Gently and agreeably thrilling."—Kirkus Reviews

"Bently's verse never misses a beat, and Oxenbury shifts between monochromatic, engraving-like drawings and pale watercolors; the images feel as if they were drawn from a classic fairy tale book and contemporary life simultaneously. It's an enchanting tribute to both full-throttle pretend play and the reassurance of a parent's embrace."—Publishers Weekly (starred review)