Marcel the Shell with Shoes On: Things About Me 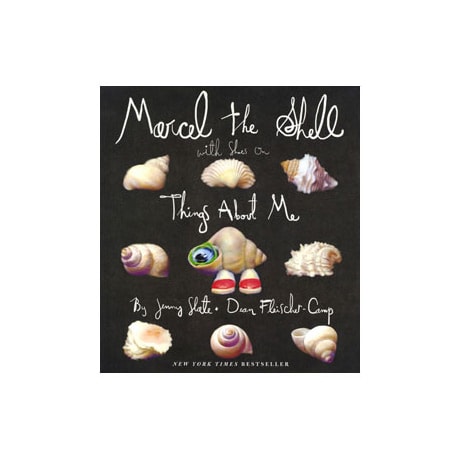 Marcel the Shell with Shoes On: Things About Me

He's an Internet sensation, he's an award-winning film star—he's a shell with a pair of shoes. And one eye. Marcel is the brainshell of former Saturday Night Live actress Jenny Slate and filmmaker Dean Fleischer-Camp, and has appeared in a series of short films voiced by Slate, telling an unseen interviewer about some of the things that happen in his tiny life. In this, his debut picture book for readers up to 7, Marcel's adventures about the house are rendered in photo-like paintings by Amy Lind. Marcel talks about his pistachio-shell helmet (which he wears to climb the sandal), his pet lint ball, and his breadroom, where he sleeps between two pieces of bread.