Fortune's Spear: A Forgotten Story of Genius, Fraud, and Finance in the Roaring Twenties 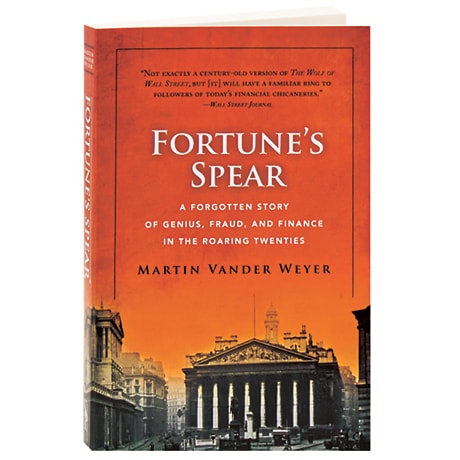 Fortune's Spear: A Forgotten Story of Genius, Fraud, and Finance in the Roaring Twenties

Arrogant, persuasive, and highly cultured, Gerard Lee Bevan married into money and exploited a glittering range of social connections as part of one of London's most respectable banking families. After perpetrating a massive fraud that ruined both the City Equitable Fire Insurance Company and his stockbroking firm, Bevan fled England in ruin in 1922, abandoning his family and business; he was eventually caught in Vienna, and his sensational Old Bailey trial shocked the entire country. In this richly detailed post-Edwardian tale of true crime, banker-turned-journalist Martin Vander Weyer shines a light on the parallels between a nearly forgotten scandal and the financial frauds of our own era.

"Backed by exceptional research, this is an intriguing read on financial history and reform in the early days of the 20th century from a very British perspective."—Library Journal