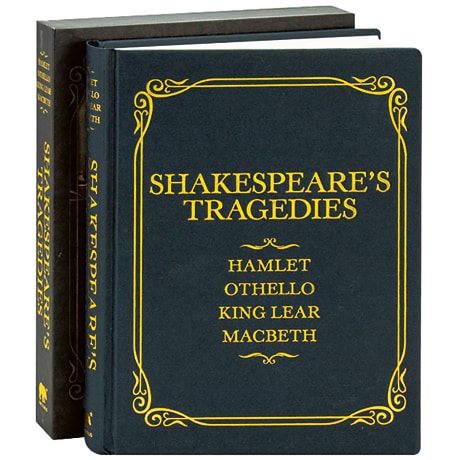 With an introduction by Shakespearen scholar Catherine M.S. Alexander, this slipcased edition collects four of William's Shakespeare's greatest tragedies, each a superb study of a powerful but flawed character, and filled with some of the Bard's most stirring and memorable language. The dramas immerse us in the icy medieval Denmark of Hamlet, the grandeur of 16th-century Venice for Othello, the thunderous heath of England that King Lear inhabited more than 2,000 years earlier, and wild moors of medieval Scotland for Macbeth. The volume is filled with drawings based on works commissioned for Boydell's illustrated editions of Shakespeare, from the turn of the 19th century.