Operation Sealion: How Britain Crushed the German War Machine's Dreams of Invasion in 1940 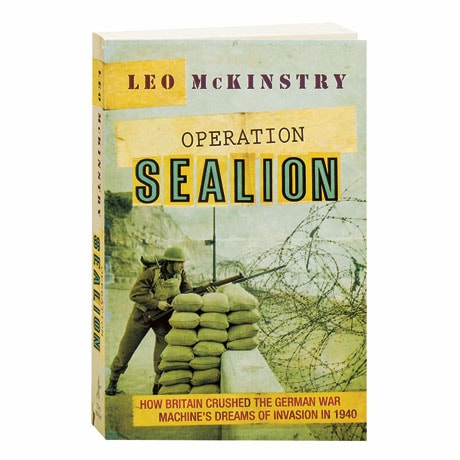 Operation Sealion: How Britain Crushed the German War Machine's Dreams of Invasion in 1940

In this thrilling account of Hitler's first real defeat in World War II, the author of Spitfire and Hurricane considers six fateful months in 1940. France, Denmark, Norway, and the Low Countries were already under German occupation, while the invasion plan for Britain, Operation Sealion, was well underway. Most histories tell how the German conquest was only stopped by the pluck of RAF Fighter Command during the Battle of Britain; had they failed, the country had only a Dad's Army, training with broomsticks, to defend the home front. Leo McKinstry overturns this image, revealing the RAF to be one part of a highly organized, ruthless, and proficient British war machine—one that Hitler did not fail to appreciate when he cancelled Sealion.

"If we had lost the Battle of Britain, all that stood between us and a fascist future was the Home Guard.... Leo McKinstry's engrossing, forensic review of the evidence challenges that idea and exposes some myths along the way.... McKinstry's admirable book sets the record straight."—Daily Mail (London)