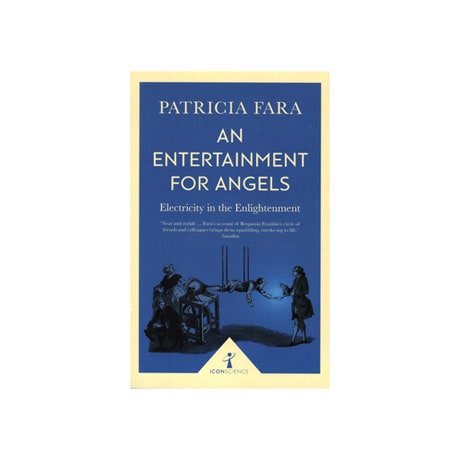 During the Age of Enlightenment, electricity was considered both an unprecedented novelty and a potential miracle cure that could treat illnesses and bring the dead back to life. Charting our attempts to understand and harness this mysterious power, the author of Newton: The Making of a Genius and Fatal Attraction: Magnetic Mysteries of the Enlightenment examines the discoveries of Benjamin Franklin, America's premier renaissance man; Luigo Galvani, who gleaned remarkable insights from his electrical experiments on dead frogs; and Alessandro Volta, inventor of the world's first battery.

"Neat and stylish.... Fara's account of Benjamin Franklin's circle of friends and colleagues brings them squabbling, eureka-ing to life."—Guardian (London)