Lorenzo da Ponte: The Extraordinary Adventures of the Man Behind Mozart 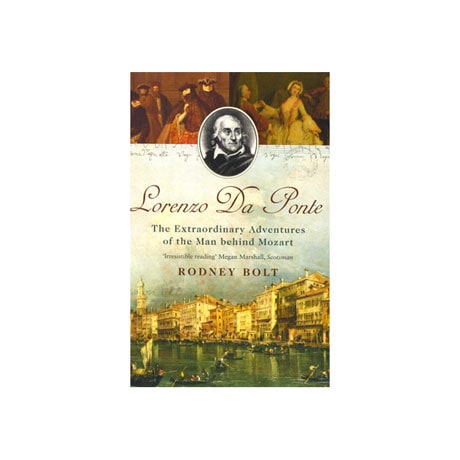 Lorenzo da Ponte: The Extraordinary Adventures of the Man Behind Mozart

By the time he was 40, Lorenzo da Ponte had been a poet, priest, lover, and libertine; a friend of Casanova; a collaborator and then enemy of Antonio Salieri; and ultimately the librettist for three of W.A. Mozart's sublime operas—The Marriage of Figaro, Cosi fan tutte, and Don Giovanni. As the author of As Good as God, as Clever as the Devil relates, Da Ponte lost all of his money and the woman he loved, but trusted his gambler's luck by starting afresh in New York, where by the end of his life he had founded the city's first opera house and become a university professor at Columbia College. Entertaining and enlightening, Rodney Bolt's biography of a larger-than-life character is also a vibrant portrait of four cities—Vienna, Venice, London, and New York—and a rapidly changing era.