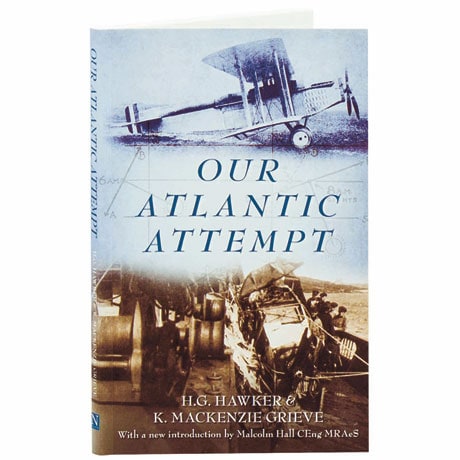 On May 18, 1919, test pilot Harry Hawker and Royal Navy officer K. Mackenzie Grieve took off from a makeshift airfield in Newfoundland, determined to make the first nonstop trek across the Atlantic Ocean. Still seven hundred miles from Ireland, the plane developed engine trouble, forcing pilot and navigator to bail out over the ocean; though brave and resourceful, Hawker and Grieve knew they would not survive without a tremendous amount of luck. Their story, originally published later that same year, is told in their own words, and this edition includes 16 pages of black and white photographs, as well as technical specs on the plane and an introduction by Malcolm Hall, who testifies to the lasting importance of this heroic failure.