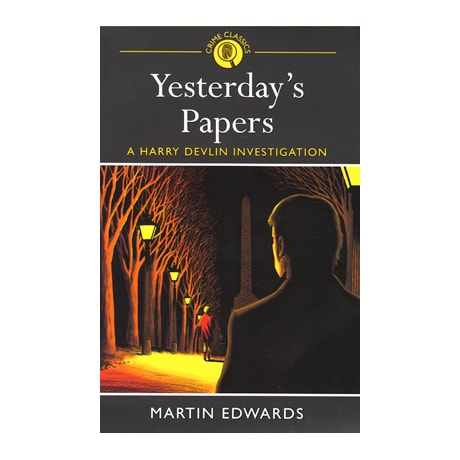 Celebrated for his gripping short mysteries (he has won both the CWA's Short Story Dagger and Margery Allingham Prize) as well as his Edgar Award-winning critical study of crime writing, The Golden Age of Murder, Martin Edwards is known as "a crime writer's crime writer" (Michael Jecks) for his subtle plotting, fluid prose, and vivid descriptions.

The murder of pretty teenager Carole Jeffries created a storm of public interest in 1964; within days a neighbor had confessed to the crime, and he was found guilty and hanged—case closed. Three decades later, however, Liverpool solicitor Harry Devlin is contacted by an amateur criminologist who is convinced that Carole's killer is still at large. But it is only when the investigator is found dead under suspicious circumstances that Harry starts to look into the case in earnest, in this brilliant fourth novel of the series, from 1995.

"Perhaps Edwards's greatest achievement in this excellent thriller is to sustain an almost novel-length red herring which, in a story of continual twists, isn't giving too much away."—Sunday Times (London)