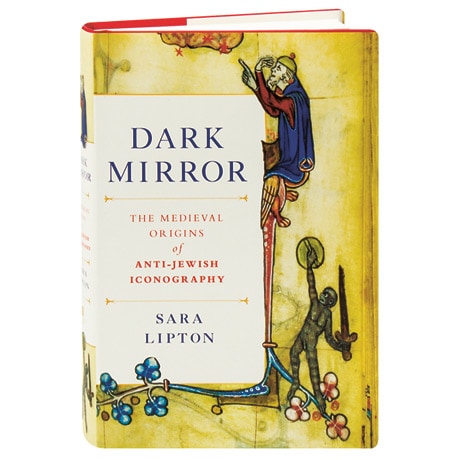 The straggly beard, the hooked nose, the bag of coins, the gaudy apparel—the religious artists of medieval Christendom had no shortage of symbols for identifying Jews. Yet the story these virulent depictions tell is not as simple as it first appears, as Sara Lipton demonstrates in this fascinating examination of the emergence of anti-Semitic iconography in the Middle Ages. Exploring questions about why Jews became such powerful and poisonous symbols in medieval art, and the effects of such portrayals?not only in medieval society, but throughout Western history—Lipton's abundantly illustrated study finds that the image of the Jew was in many ways a distorted, phantasmagoric rendering of Christendom itself.

"Rewardingly detailed ... this study of medieval anti-Jewish iconography argues that its proliferation not only reflected the spread of intolerance but in fact actively generated anti-Semitic attitudes."—The New Yorker

"Compellingly, thoughtfully, Sara Lipton demonstrates that for medieval Europeans, the 'Dark Mirror' of Jewry invariably reflected not a distinctive minority group, but society at large. As cartoonist Walt Kelly famously declared, 'We have met the enemy, and he is us.' Lipton will let none of us escape our common humanity."—Ingrid Rowland

"In this remarkable book, Lipton proposes that representations of Jews in high medieval art were not motivated by ingrained anti-Jewish sentiments. Instead, the figure of the Jew emerged as a device to excite Christian devotion. Dark Mirror's arresting claim is that the origins of anti-Jewish attitudes are to be found in Christianity's complex relationship with itself."—Daniel Lord Smail