Don't Know Much About the American Presidents 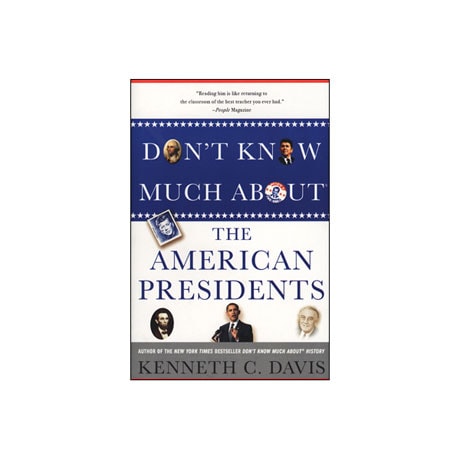 Don't Know Much About the American Presidents

Which president broke the law to prevent enslaved people from being from freed? Who said, "When the president does it, that means it's not illegal"? And why does America have a president, anyway? From the heated debates among the framers of the Constitution in 1787 over an "elected king," to the creation of the presidency, and on through rich profiles of each man who has held the office (through Barack Obama), the author of Don't Know Much About History examines each chief executive. From low lights to bright lights, the memorable to the forgettable and the forgotten, Kenneth C. Davis offers rich anecdotes about real people, charting the history of the presidency itself, debunking myths, and grading the presidents from A-plus to F.

"An absorbing takes on the American presidency.... Davis's bipartisan analysis offers a refreshingly agnostic look at the fumbles, foibles, and victories large and small that make up a presidential term. Loaded with dishy trivia ... and succinct analysis of pivotal events like Watergate, the election of Lincoln ... and America's involvement in WWI, Davis remains a highly informed, observant student of history eager to share his discoveries and knowledge."—Publishers Weekly