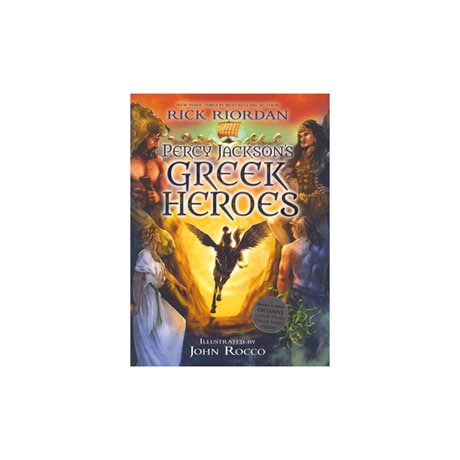 Who cut off Medusa's head? What's so great about the Golden Fleece? And was Daedalus as smart as the myths make it seem? Taking a break from his adventures among the immortals of Olympus in Rick Riordan's Percy Jackson series, the teenaged demigod conducts this irreverent guide to the heroes of Greek myth, telling their tales for readers 8 to 12 in stories like "Perseus Wants a Hug," "Phaethon Fails Driver's Ed," and "Hercules Does 12 Stupid Things." Here too are stories about Theseus, Psyche, Orpheus, Jason, Bellerophon, and Atalanta, with dramatic full-page illustrations by the series' cover artist John Rocco, and a removable 13 × 17–inch illustrated wall chart.