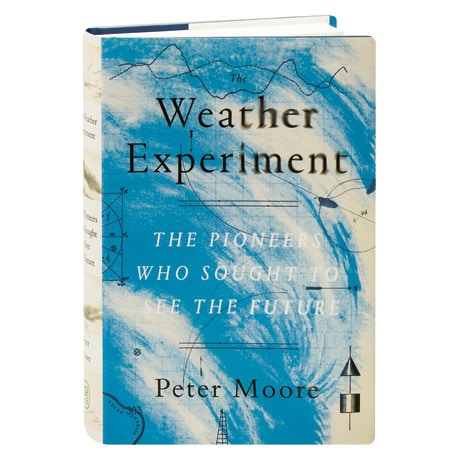 A pioneering meteorologist (as well as the former captain of the HMS Beagle, whose request for a scientifically minded passenger was answered by a young Charles Darwin), Robert FitzRoy invented a storm warning system for sailors, which he called "forecasts." In 1865, suffering from depression, he killed himself, little knowing that his controversial system would be the foundation of Britain's national weather service. Peter Moore chronicles a generation of maverick scientists—among them Luke Howard, the first to classify clouds; Francis Beaufort, who quantified the winds; and James Glaisher, who explored the upper atmosphere in a hot-air balloon—as they fought convention and religious dogma to prove that weather could be understood and anticipated.

"Fascinating.... Moore is the rare science writer who can describe dew point so poetically you feel you're with him in a twinkling field of white clover on a cool summer morning. Moore's history is just as evocative, and full of wisdom for modern times."—NYTBR