The Washingtons: George and Martha: "Join'd by Friendship, Crown'd by Love" 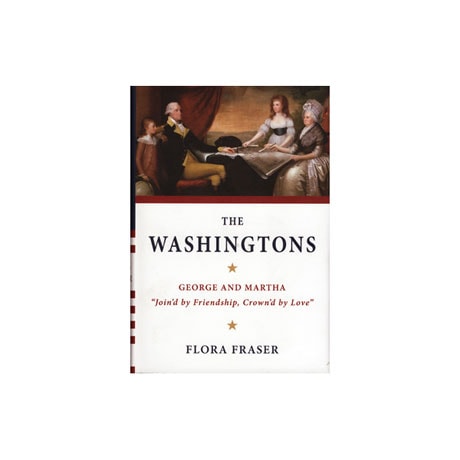 The Washingtons: George and Martha: "Join'd by Friendship, Crown'd by Love"

The biographer of Emma Hamilton, Queen Caroline, and the six daughters of George III, Flora Fraser here offers a delightful double portrait proving that Abigail Adams was not the only "Founding Mother" of the nascent United States. Beginning in colonial Virginia in 1759, when George Washington woos and weds the pretty, charming, and very rich young widow Martha Dandridge Parke Custis, this history follows them from the early years of their marriage as plantation owners through George's years as commander of the Continental Army and then as President—during which Martha was vastly admired in her own right as the redoubtable "Lady Washington"—as well as their long-delayed retirement to Mount Vernon.

"Smartly written and devoid of gossip and cant.... A searing look into the private lives of very public men and women."—Boston Globe