The Devil's Diary: Alfred Rosenberg and the Stolen Secrets of the Third Reich 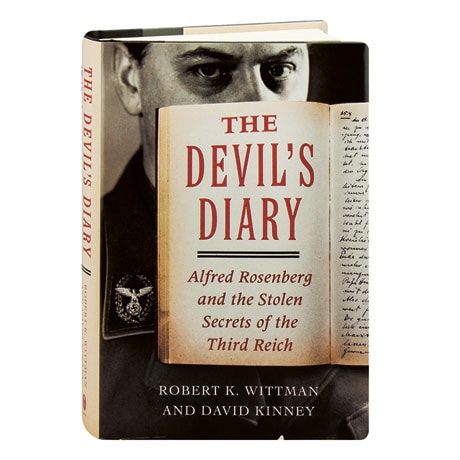 The Devil's Diary: Alfred Rosenberg and the Stolen Secrets of the Third Reich

More than just a member of Hitler's inner circle, Alfred Rosenberg was the architect of much that became Nazi ideology; he shepherded the party when Hitler was jailed in 1923, formulated the hatemongering of Jews to unify the German people, and planned for the invasion and occupation of Soviet Russia. His diary, filled with observations, conversations, and plans, contained vital details of Hitler's rise to power and governance of the Reich, yet after Rosenberg's conviction at the Nuremberg trials, the diary disappeared. For over half a century the diary remained lost, remembered only by a few, until Robert Wittman, founder of the FBI's Art Crime Team and the Bureau's expert on cultural property crime, got word that someone was selling it. Co-written by Pulitzer Prize–winning journalist David Kinney, this is the thrilling story of Rosenberg; Robert Kempner, the German-born Jewish lawyer who prosecuted Göring and Frick at Nuremberg and stole the diary; Henry Mayer, the archivist who had been doggedly searching for it for decades; and Wittman, who finally found the diary after a decade-long hunt and returned it to its rightful place.

"The efforts to recover [the diary] make up the most interesting part of art-crime expert Wittman and Pulitzer-winning Kinney's frequently riveting, serpentine account.... The authors have provided an engrossing tale of a detective-style search."—Booklist