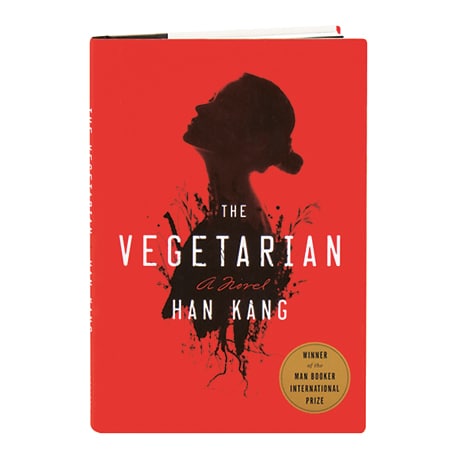 (Winner of the 2016 Man Booker International Prize and one of the New York Times Book Review's 10 Best Books of the Year) Finally available in a brilliantly translated English edition, Han Kang's poetically compact, sensuously unsettling 2007 novel is a dark allegory of power and obsession, taboo and rebellion, eroticism and violence. Before the nightmares began, Yeong-hye and her husband lived a quiet, conventional life. But harrowing dreams of blood and brutality drive Yeong-hye to renounce eating meat altogether—a seemingly small act of independence that upends her marriage and sets into motion an increasingly grotesque chain of events. As her husband, her brother-in-law, and her sister each fight to reassert their control, Yeong-hye obsessively defends the choice that's become sacred to her. Soon their attempts turn desperate, subjecting first her mind and then her body to ever more intrusive and perverse violations, sending Yeong-hye spiraling into a dangerous, bizarre estrangement, not only from those closest to her, but also from herself.

"[The author] has been rightfully celebrated as a visionary in South Korea.... Han's glorious treatments of agency, personal choice, submission and subversion find form in the parable. There is something about short literary forms—this novel is under 200 pages—in which the allegorical and the violent gain special potency from their small packages.... Kafka's journals and 'A Hunger Artist' haunt this text."—NYTBR

"A horror story in its depiction of the unknowability of others—of the sudden feeling that you've never actually known someone close to you.... Its three-part structure is brilliant, gradually digging deeper and deeper into darker and darker places; the writing is spare and haunting; but perhaps most memorable is its crushing climax, a phantasmagoric yet emotionally true moment that's surely one of the year's most powerful. This is an ingenious, upsetting, and unforgettable novel."—Publishers Weekly (starred review)

"Dark dreams, simmering tensions, chilling violence ... this South Korean novel is a feast.... It is sensual, provocative and violent, ripe with potent images, startling colors and disturbing questions.... Sentence by sentence, The Vegetarian is an extraordinary experience."—Guardian (London)