Hell and Good Company: The Spanish Civil War and the World it Made 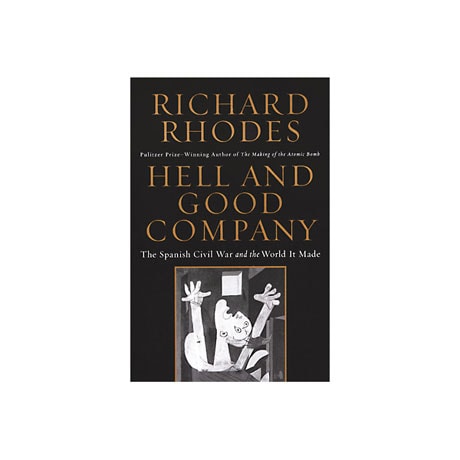 Hell and Good Company: The Spanish Civil War and the World it Made

The Pulitzer Prize–winning author of The Making of the Atomic Bomb here chronicles the Spanish Civil War (1936–39) through the eyes of the reporters, writers, artists, doctors, and nurses who witnessed it. The conflict haunted an extraordinary number of artists and writers, from Pablo Picasso and Joan Miró to Martha Gellhorn, Ernest Hemingway, George Orwell, and John Dos Passos, while the idealism of the cause—defending democracy from fascism at a time when Europe was rapidly approaching another world war—inspired some of their best work. Technological advances made it possible for destruction to rain from the sky, just as advances in battlefield medicine made it possible to save lives that would have otherwise been lost.

"The most extraordinary book about the Spanish Civil War I've ever encountered. His subject is not the war itself but the tremors it produced, the feelings it evoked and the terrible horror it begat. He masterfully extracts huge meaning from small shards of conflict."—Washington Post

"It is through the lives and works of individuals involved in this wasteful conflict that Rhodes so graphically allows contemporary readers to appreciate all the nuances of what transpired in Spain in those dark years."—Booklist (starred review)