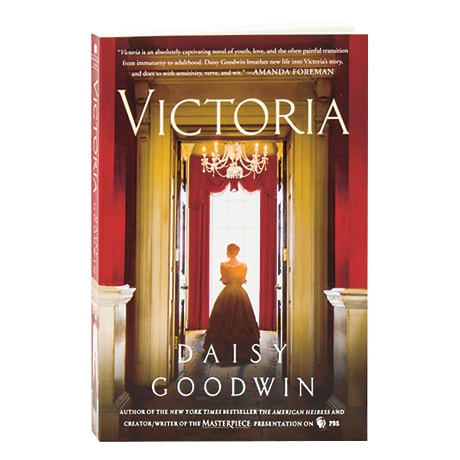 Early one morning, less than a month after her 18th birthday, Alexandrina Victoria is roused from bed with the news that her uncle William IV has died and she is now Queen of England. The men who run the country doubt that the sheltered, diminutive teenager can rule the greatest nation in the world, but this young queen is no puppet. The author of The American Heiress, Daisy Goodwin is the creator and writer of the hugely popular PBS Masterpiece series Victoria, inspired by the Queen's own diaries (which Goodwin began reading as a Cambridge University student). In this novel based on her series, Goodwin depicts a strong-willed young woman with very definite ideas about the kind of queen she wants to be.

"Victoria is an absolutely captivating novel of youth, love, and the often painful transition from immaturity to adulthood. Daisy Goodwin breathes new life into Victoria's story, and does so with sensitivity, verve, and wit."—Amanda Foreman