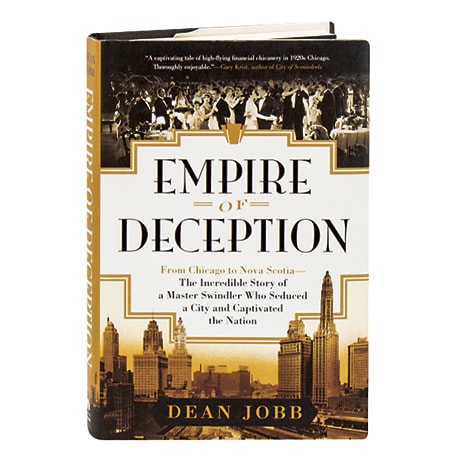 Chicago at the dawn of the Roaring Twenties was a place of speakeasies and mob hits, where corrupt politicians hobnobbed with gangsters and stock market speculation was rampant. Into this scene came a smooth-talking, charismatic lawyer named Leo Koretz, who enticed hundreds of people into investing some $30 million—$400 million in today's dollars—in phantom timberland and oil wells in Panama. When Koretz's scheme collapsed in 1923, he vanished, prompting State's Attorney Robert Crowe to launch an international manhunt. The following year, Koretz was found living a life of luxury in Nova Scotia posing as a book dealer and literary critic; six weeks later, having begun his prison term at Joliet, he slipped into a diabetic coma and died. The author of the National Business Book Award finalist Calculated Risk: Greed, Politics and the Westray Tragedy, Dean Jobb combines investigative journalism and captivating storytelling to chronicle the almost incredible life of Koretz, a contemporary of swindler Charles Ponzi and, Jobb argues, the Bernie Madoff of his day.

"Like getting on the storied Cyclone roller coaster at Coney Island ... holding your breath throughout its peaks and valleys, then getting out of the car, flushed and shaken, only wanting to ride it all over again.... [This is a] thrilling, too-wild-for-fiction tale."—Globe and Mail (Toronto)

"Intoxicating and impressively researched, Jobb's immorality tale provides a sobering post-Madoff reminder that those who think everything is theirs for the taking are destined to be taken."—NYTBR