The Explorers: A Story of Fearless Outcasts, Blundering Geniuses, and Impossible Success 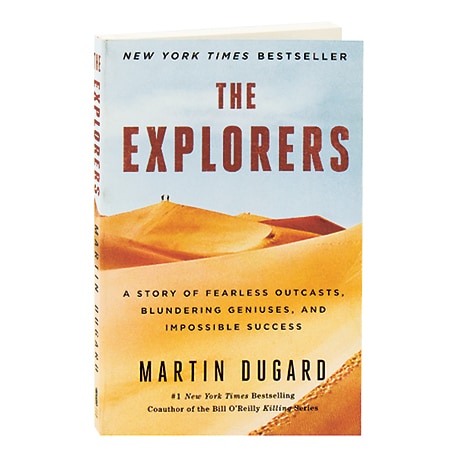 The Explorers: A Story of Fearless Outcasts, Blundering Geniuses, and Impossible Success

In 1856, intrepid adventurers Richard Frances Burton and John Hanning Speke set off to find the unknown source of the Nile River. Traveling deep into the African wilderness together, they arrived at two different solutions to the mystery, and parted ways as enemies. The feud became an international sensation on their return to England, and their debate a public spectacle. The author of Last Voyage of Columbus here shares the rich saga of the Burton and Speke expedition to guide readers through the seven traits that history's legendary explorers called on to survive their impossible journeys, and how these traits have practical applications in everyday life. We see St. Brendan the Navigator, driven by hope, sail into the unknown; the curiosity that inspired John Ledyard to attempt to walk around the globe; and the perseverance Howard Carter needed to discover Tutankhamen's tomb, as Dugard extracts lessons for unlocking the explorer in us all.

"Author of titles about Christopher Columbus, James Cook, and David Livingston, [Martin] Dugard here delves into the explorer as a personality type.... Dugard discusses the events of their journey in terms of each man's—as the book's chapters are headed—curiosity, hope, passion, courage, independence, self-discipline, and perseverance. As Burton and Speke encounter problems typical in discovery annals—daunting terrain, illness, privation, and mutual acrimony—Dugard develops the seven traits along several tracks, including psychology, physiology, and other adventurers who exemplified the trait under discussion. Thus, his narrative can jump from introversion to dopamine, and from Burton-Speke to Ernest Shackleton's courageous perseverance to rescue his crew from Antarctica in 1914–16."—Booklist