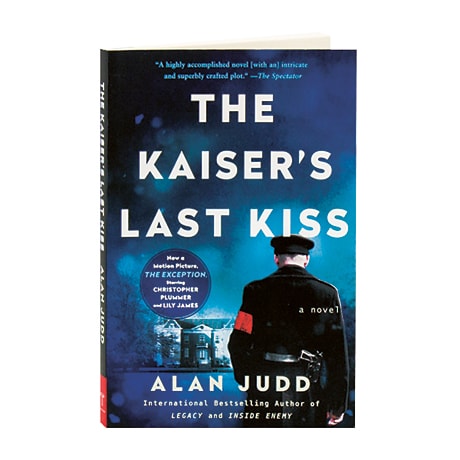 In Huis Doorn, a modest château in the Netherlands, exiled German monarch Kaiser Wilhelm spends his days chopping logs and musing on what might have been. When the Nazis invade Holland in 1940, the Kaiser's staff is replaced by SS guards, led by the eager young Martin Krebbs, who rapidly insinuates himself into the royal household. Though his assignment is to probe the Kaiser's attitudes toward the Third Reich, Krebbs finds himself admiring the formidable old man, and an unlikely relationship develops. Then Krebbs meets Akki, a Jewish maid in the house, and begins to question his own belief in Nazism—even as he, the Kaiser, and the mysterious Akki find themselves increasingly conflicted and gravely at risk. Alan Judd's "wonderfully satisfying, sophisticated novel" (Daily Telegraph, London) inspired the film The Exception, starring Christopher Plummer and Lily James. "Those who avail themselves of The Kaiser's Last Kiss will relish its crisp, adroit and subtle tale of great personal power," Noted Thomas Keneally in the New York Times Book Review. "History is a tease and a provocation to good storytelling and mythmaking, and The Kaiser's Last Kiss, with both its historicities and inventions, celebrates that fact."