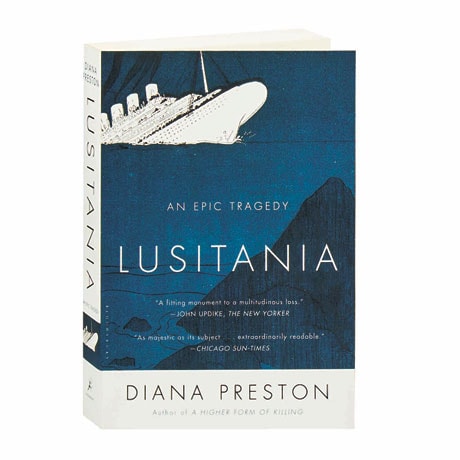 On May 7, 1915, R.M.S. Lusitania—pride of the Cunard Line and one of the greatest ocean liners afloat—became the target of a terrifying new weapon and a casualty of a new kind of war. Torpedoed by the German submarine U-20, she exploded and sank in 18 minutes, taking with her some 1200 people; the event shocked the world, and jolted the United States out of its neutrality and hastening its entry into World War I. In this "captivating and conscientious narrative" (Booklist), the author of Antony and Cleopatra and The Dark Defile re-creates this remarkable human drama, while examining Lusitania's use in propaganda and delving into the political cover-ups that long concealed the full truth of the sinking.

"[Diana] Preston's gifts as a writer of narrative history place her in the company of Barbara Tuchman and a handful of other historians."—Philadelphia Inquirer