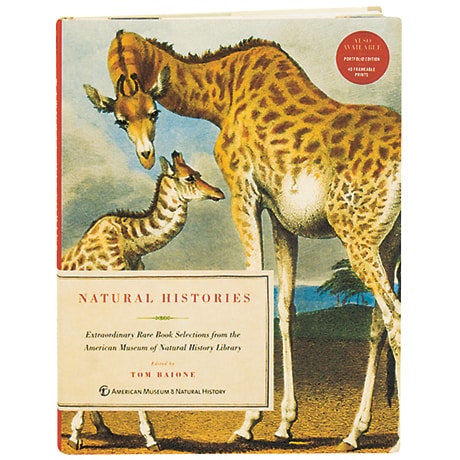 With 40 essays from contributors like Neil deGrasse Tyson, Niles Eldredge, Eleanor Sterling, and other experts, this gorgeous album presents more than 200 masterpieces of scientific illustration spanning four centuries, taken from the rarest books in the collection of the American Museum of Natural History Library in New York City. From 16th-century zoologies, where accurate scientific illustration was paramount, to 20th-century treatises, where natural forms are celebrated for both their science and beauty, these works represent some of the museum library's extraordinary treasures, described here in terms of their unique qualities and their scientific contributions.

"A truly stunning collection.... Remarkable for its editing as well as its breadth of scope (even the binding of Victorian natural history books is studied), this gem of a book is one of the best in its class."—Publishers Weekly (starred review)