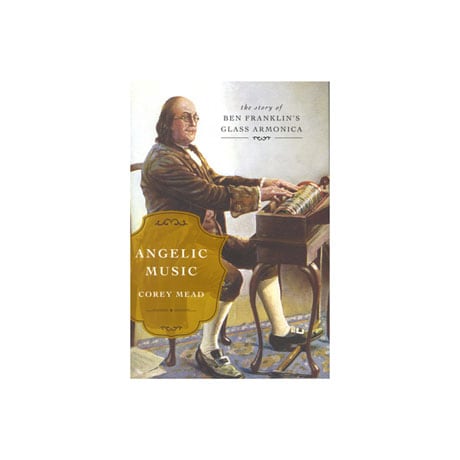 Renowned for such landmark creations as bifocals and the lightning rod, Benjamin Franklin said that the invention that gave him the greatest personal satisfaction is the instrument known as the glass armonica; constructed of stacked glass bowls, it is played by rubbing one's fingers on the rims. Mozart, Beethoven, and Handel composed for glass armonica, while Marie Antoinette and numerous monarchs played it, and Franz Mesmer used it for his hypnosis sessions. The otherworldly sound of the instrument caused some listeners to believe it could conjure spirits, however, resulting in it being banned in some places. Here Corey Mead explains how the first musical instrument invented by an American fell into obscurity, only to make a comeback in the 20th century.

"Enchanting.... With spirited charm, Mead weaves history, music, science and medicine into the story.... Fascinating, insightful and, best of all, great fun."—Washington Post