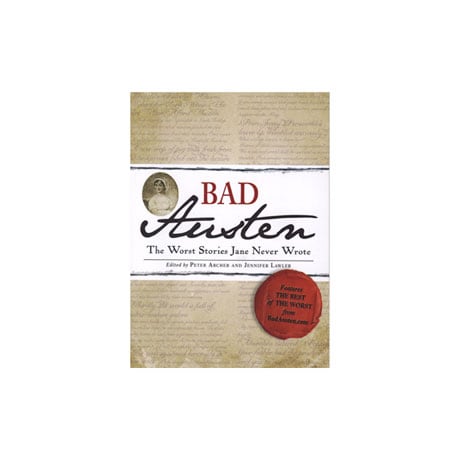 Imagine Mansfield Park set on the Jersey Shore, or Mr. Darcy heading up the Starship Enterprise, or Emma Woodhouse traveling through time to indulge her matchmaking. If you think that sounds like bad Austen, you couldn't be more right. A masterful novelist who was adept at setting, dialogue, and characterization, Jane Austen was incapable of even a clunky sentence, but it is a truth universally acknowledged that an author as popular as Jane Austen should be imitated, expanded upon, and parodied. In the tradition of the Bad Hemingway and Bad Faulkner contests comes a new collection of hilarious efforts to write the worst excerpt from the novel Jane Austen never wrote, including tie-ins to Gone with the Wind, Harry Potter, and the Star Wars series.