At the Edge of Uncertainty: 11 Discoveries Taking Science by Surprise 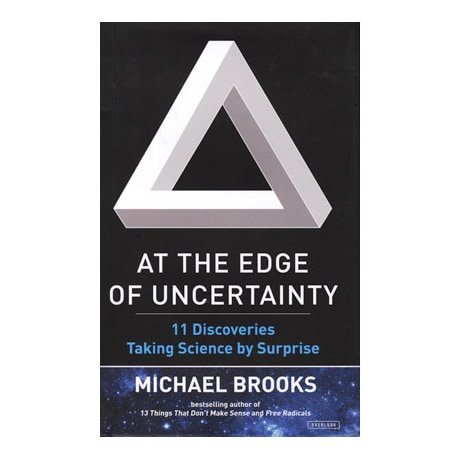 At the Edge of Uncertainty: 11 Discoveries Taking Science by Surprise

The atom, the Big Bang, DNA, natural selection—all are ideas that have revolutionized science, and all were dismissed out of hand when they first appeared. Nor does the emergence of such discoveries show any signs of stopping, notes quantum physicist Michael Brooks. In his follow-up to Free Radicals, Brooks investigates the new wave of startling insights shaping the future of scientific discovery, from observations that might rewrite the origin story of the cosmos to the novel biology behind our will to live, and the physiological root of consciousness. Along the way, he decries the gender imbalance in clinical trials, explores how merging humans with other species might provide a solution to the shortage of organ donors, finds out whether the universe really is like a programmable computer, and explains how the flow of time is mere illusion.

"Brooks highlights numerous areas of research that give pause to many scientists and throw lay readers into confusion in this challenging and mind-bending work ... whether it be the philosophical morass of human/animal tissue combinations called 'chimera' or the startling finding that time as we experience it may well be an illusion. Brooks handily works his way through these thorny problems, highlighting current research and researchers along the way." —Publishers Weekly (starred review)

"Physicist and writer Michael Brooks wants readers to take a new look at things we think we already understand, and he has an engaging way of making his point.... His book touches on advanced computing, essential differences between men and women, the power of the will to live, mysteries of the cosmos and more.... The book can leave your brain feeling 'battered and bruised,' Brooks writes. But he hopes that you, like the ever-questing scientists he applauds, will want to know more."—Washington Post