Inside Anne Frank's House: An Illustrated Journey Through Anne's World 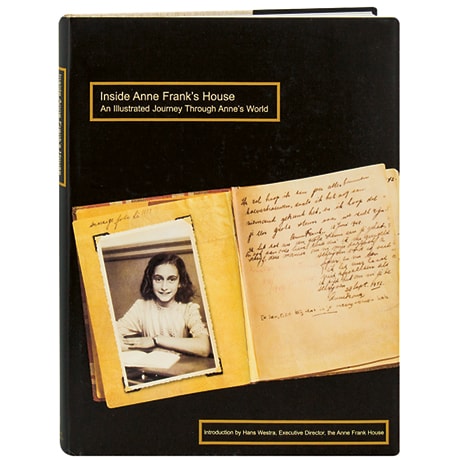 Inside Anne Frank's House: An Illustrated Journey Through Anne's World

While Anne Frank's The Diary of a Young Girl conjures up unforgettable images of the attic in which she and her family hid from the Nazis for two years, the photographs of the actual location in this handsomely produced book add greatly to our understanding of this heartbreaking story. The 350 images include rarely seen family snapshots—following Anne from birth to adolescence—as well as both archival and contemporary views of the Secret Annex, a place that is as stark as it is poignant; as shown here, many of Anne's posters still hang on the walls, and the kitchen has been meticulously restored. Executive Director of the Anne Frank House, Hans Westra contributes the introduction, while excerpts from the diary and quotations by those who knew the Frank family appear throughout. Here too are photographs from the concentration camps and Otto Frank's later life, plus actual images of the diary and the publishing phenomenon it generated.