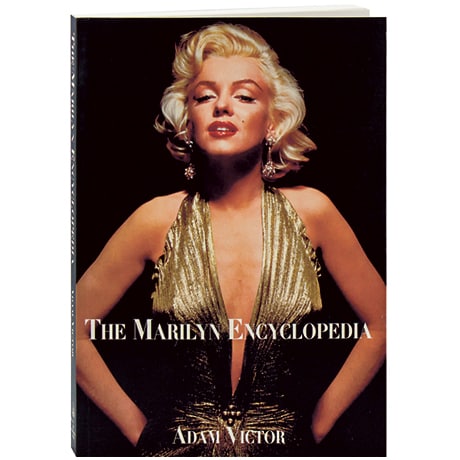 Was Marilyn Monroe really crowned the Artichoke Queen of Salinas? Did you know that she read James Joyce's Ulysses? And was her death connected in any way to the alien landings in Roswell, New Mexico? Among the most photographed and discussed of 20th-century celebrities, Marilyn receives here the meticulous, multifaceted, affectionate tribute that she deserves. Adam Victor's alphabetical entries encompass Marilyn's films, co-stars, friends, lovers, homes, and peccadilloes, plus articles on the enduring pop culture legends and conspiracy theories that have sprung up in the wake of her 1962 death. You would expect pictures, and there are dozens, snapped by such photographers as Eve Arnold, Henri Cartier-Bresson, and Milton Greene.

"Combining gorgeous color photographs with articles on everything related to or influenced by Marilyn Monroe, [Victor] has composed the definitive question-and-answer book for fans and scholars. Entries range from a few lines to several pages, but all whet the appetite for more. Rather than take sides, Victor simply presents the fact and the folklore that make up the Marilyn mystique."—Library Journal