Houdini and Conan Doyle: The Great Magician and the Inventor of Sherlock Holmes: Friends of Genius. Deadly Rivals 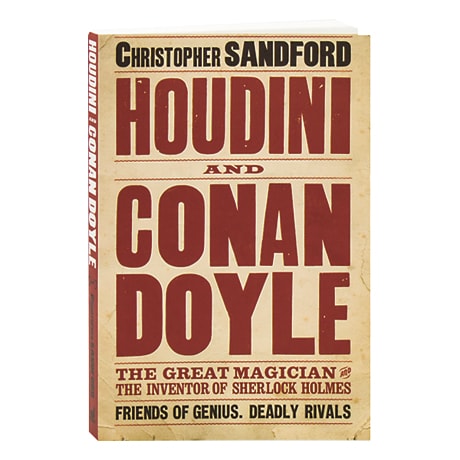 Houdini and Conan Doyle: The Great Magician and the Inventor of Sherlock Holmes: Friends of Genius. Deadly Rivals

The creator of the ultra-rational Sherlock Holmes, Arthur Conan Doyle had an unshakable faith in spiritualism, believing that psychics could put him in touch with his departed loved ones; after his son died in World War I, he became an expert in the supernatural. One of the world's foremost showmen and an expert on illusionism, Doyle's friend Harry Houdini took every opportunity to debunk mediums, whom he felt were taking advantage of a grieving, credulous public. Drawing on previously unpublished archival material, the biographer of Paul McCartney and Roman Polanski here chronicles this unlikely friendship, which inevitably became a bitter rivalry. Amusingly, the book's ten pages of black and white photographs include an image of Houdini decked out in a blond wig, going undercover at a séance.