How the Dog Became the Dog: From Wolves to Our Best Friends 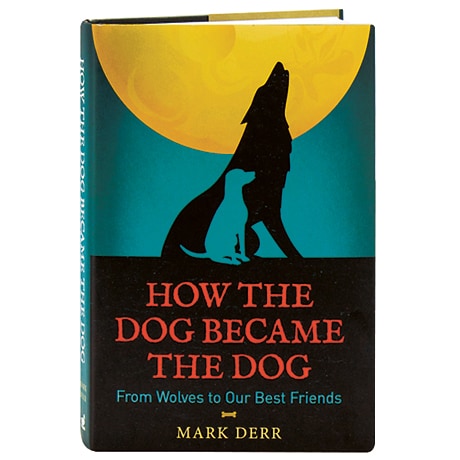 How the Dog Became the Dog: From Wolves to Our Best Friends

That the dog evolved from the wolf is an accepted fact of evolution and history, but the question of how wolf became dog has remained an enigma obscured by myth and lore. Here the author of Dog's Best Friend and A Dog's History of America posits that the natural temperament and social structure of humans and wolves are so similar that as soon as they met on the trail they recognized themselves in each other. Mark Derr presents domestication of the dog as an inevitable biological and cultural process that began in mutual cooperation, though it has taken a number of radical turns as humans began to exercise full control over the dog, completing the domestication of the wolf begun so long ago.

"Mark Derr has produced a remarkable narrative on the origin of the domestic dog.... Derr has compiled so much evidence that one will think twice before repeating the line that dogs are nothing more than juvenilized wolves. Because this book looks at domestic dog origins from so many different perspectives, it may be the most important book written on the subject since Konrad Lorenz wrote Man Meets Dog in 1949. This book will fascinate anyone who has ever loved a dog."—Scottie Westfall