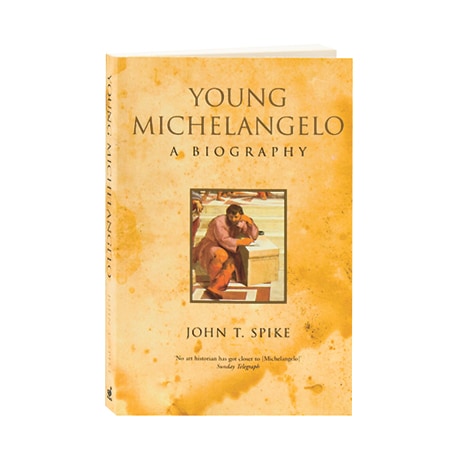 Five centuries ago a 37-year-old man completed a work that became the epitome of High Renaissance art: the ceiling of the Sistine Chapel. A leading expert in the history of sacred art and Europe's cultural heritage, John Spike offers this outstanding illustrated account of Michelangelo's early years, probing the thinking, artistic evolution, and yearnings of a young man thoroughly convinced of his own exceptional talent. The author brings to life this momentous age, in the context of events like the Bonfire of the Vanities and the Siege of Florence, and reveals the overwhelming influence that Michelangelo's charismatic personality had on his contemporaries, including Niccolò Machiavelli, the Medici, and Leonardo da Vinci.

"Michelangelo is a difficult man to like, but impossible to resist. Spike captures his magnetism, his drive and the sheer scale of his ambition."—Sunday Times (London)

"Spike crystallizes historical detail into vivid, memorable imagery.... Alternating between accounts of the turbulent political atmosphere and details of Michelangelo's most private moments in the sculpture studio, Spike creates a rich narrative that promises more intrigue than the best adventure novel."—Publishers Weekly