The Last White Rose: The Secret Wars of the Tudors 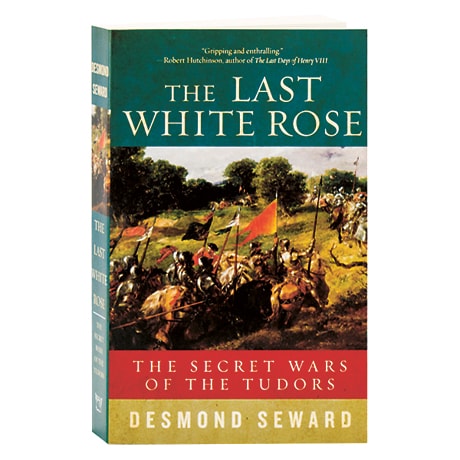 The Last White Rose: The Secret Wars of the Tudors

One of the most dramatic periods of British history, the Wars of the Roses didn't end with Richard III's death at the Battle of Bosworth in 1485; despite Henry VII's victory, the struggle continued underground into the following century through plots, pretenders, and subterfuge by the ousted Yorkist faction. Retelling the story of the self-made Tudor dynasty's establishment, Desmond Seward argues that, far than being victorious, the Tudors remained thoroughly insecure on their throne. Seward's interpretation offers a new perspective on why Henry VIII—constantly threatened by treachery, real or imagined, and desperate to secure his power with a male heir—became a tyrant. Born in Paris and educated at Cambridge (the scion of a long line of Anglo-Irish wine merchants in Bordeaux), Seward has published more than two dozen books, including several gripping chronicles of the late medieval period in England and France.

"History as it should be written: without hindsight or embellishment, but with erudition and a sense of immediacy that makes it a gripping and original read."—Jessie Childs

"After defeating Richard III in 1485, Henry Tudor seemed to have secured his claim to England's throne by marrying into the Yorkist party in the War of the Roses.... But not according to historian Seward. The first two Tudors fretted throughout their reigns over real and imagined conspiracies by surviving lineal descendants of the Plantagenet dynasty. In successive narratives, Seward depicts several genuine uprisings against Henry VII, including one led by an impostor. Explaining popular discontents that would coalesce around a Yorkist pretender, Seward gives good account of the Tudors' political fears, which would be allayed by sending the Yorkist to the Tower and then to the block. But whereas Henry VII's fear of the former dynasty had a factual basis, Henry VIII's tended to be conspiratorial farragoes of his paranoid mind."—Booklist